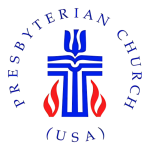 We are so happy you are here!

John Calvin Presbyterian Church of Bridgeton was built in the Carrollton subdivision in 1960 on property donated to the Presbytery by Mr. and Mrs. Francis Niehaus, under the Presbytery's Capital Development Program.

The 1960s were growth years for JCPC, with two complete services being held each Sunday. A church-sponsored nursery school, led by Margaret Dubail, continued for 25 years. Youth camps were started in the 1960s and have continued most summers. In the early years, we had a men's club, couples club, progressive dinners, and later,  the In-betweener. In the 1970s, when several new Protestant churches moved into the Bridgeton area and Pattonville School District enrollment declined (with three of their elementary schools being closed), and  JCPC also declined in membership.

The 1980s and 190s were a period of great positive activity. Adults and youth went on retreats, work camps, and mission trips to New Mexico and Mexico. There were active Sunday School classes for adults and children, The dedication of the new sanctuary and educational facility in October of 1988 was the culmination of a dream born more than 28 years earlier. We have, throughout our history, had a very active Women's Association and a very active Goldtimer's group. Annual summer VBS programs drew many children from the community.  The Boy Scouts and AA have regularly met at JCPC. Our choir, organist/pianist, and bell-ringers were outstanding.  A popular Mother's Day Out program was provided for several years as the homes around the church began to be bought out. JCPC was a warm, caring congregation and beautiful environment in which to worship. We had a high of approximately 200 members with an average attendance of approximately 120 by the end of the century.

John Calvin Presbyterian Church was in the buyout area for the Lambert Airport expansion project, as were 1800 homes, 200 businesses, 3 schools, and 6 other churches. A Transition Team was formed and worked diligently to explore all options for relocation. As a result of the airport expansion, JCPC was forced to relocate in 2005. In 2005 JCPC called the Rev. John R. Shear as Pastor. Under his leadership, the church bought an existing commercial/warehouse building at the corner of Natural Bridge Rd and St. Charles Rock Road in Bridgeton and began the work of creating a sanctuary, offices, classrooms, and meeting rooms at that site to continue the mission of JCPC.

During the next decade, the church congregation remained strong and active, attracting many new members as some long-time members' homes continued to be bought out and were forced to move further away from the Bridgeton area. Many have continued to worship with us regularly. Worship, the heart of our congregation, developed as a blended service of praise and tradition. Our Choir provided beautiful music during worship as did our newly formed Praise Band and Bell Choir.

JCPC navigated the Coronavirus pandemic of 2020 with a combination of virtual, live-streamed, and in-person services. In March of 2021, JCPC sold our building for the mortgage-free purchase of a new building. We will begin ministry there in 2022.

Events over the years have included annual Fall Festivals with local vendors, quilt raffles, shows, and meals; Trivia Nights, Dinner Theaters, Halloween events for local families, and participation in the Geissen Holiday Dinners and many Fourth of July celebrations/parades in Bridgeton.  Mission trips by small groups continued to locations such as Alamosa, CO, Blytheville, AR, Joplin, MO, and the Mound Ridge Camp.

Our facility over the years was used by many outside community groups including Boy Scouts, AA, Weight Watchers, Boeing Railroad Club, Mom's Group, After Hours Band, Martial Arts Group, and Geissen's Ministries. Other congregations have from time to time shared our facility including, Shepard of the Hills Lutheran Church, Simple Church, and the Korean Woori Church.

JCPC has continued to be a strong supporter of CHM, Community Helping Ministry, and Presbyterian Children's Homes and Services as well as supporting many individuals over the years who were involved in training for lay ministry and/or ordained ministry positions.